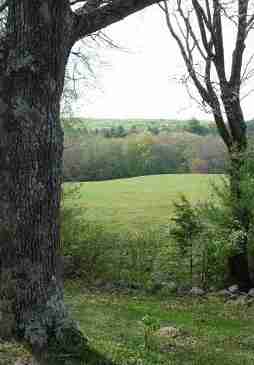 Support from the Metacomet Land Trust helped the Upton Land Stewardship Committee raise over $15,000 to construct fencing and a parking lot at the Whitney Conservation Area. The fence and parking area have been constructed. Thank you to all who contributed!

About the Whitney Conservation Area in Upton

In June of 2011 the town of Upton preserved Sweetwilliam Farm, a spectacular property once owned by the family of the inventor Eli Whitney. Ninety-seven acres of the 101 acre farm are now permanently protected. Upton owns 63 acres outright and the town and the Sudbury Valley Trustees co-hold a Conservation Restriction on an additional 34 acres, which will continue to be privately owned and farmed. The Conservation Restriction preserves a spectacular view from North Street while allowing for continued agricultural use of the property. The town owned land is named the Whitney Conservation Area, in honor of the Whitney family’s long connection to the property.

Farmed by the Whitney Family for 140 years, the property retains the characteristics of a farm from the mid 1700’s, including a beautiful pastoral view and an impressive array of well-preserved stone walls.

The property offers a spectacular view from North Street and a nearly one mile long trail corridor connecting Upton State Forest to the east and the Warren Brook Conservation Area to the west. These areas in turn connect to open space parcels in Grafton and Hopkinton. The trail network provides access to over 2,000 acres of protected land used by horseback riders, hikers, cyclists, skiers, birders and others who enjoy the outdoors. The public will have year-round access to the trails.